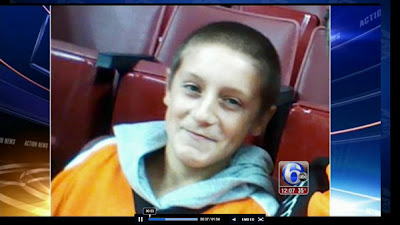 An 11-year-old boy is in a coma after a bully attack. The 6th grade student from Darby Township, Pennsylvania suffered a concussion and is now in a coma as a result of being beaten by a classmate.
Bailey O’Neill was reportedly being bullied by two other young boys, one of whom eventually beat him in the face until his nose was fractured. Bailey was taken to Alfred I. duPont Hospital for Children for treatment. Bailey’s condition continued to decline as his parents noticed that he displayed unusual behavior and was not interested in eating.
As reported by ABC 6, Bailey’s doctors made the decision to put Bailey into a medically induced coma when he began having “violent seizures.”
The Southeast Delco School District reportedly suspended one of the bullies for two days. Superintendent Stephen Butz issued a statement concerning the boy that physically assaulted Bailey:

Bailey’s father, Rob O’Neill has experienced the pain of seeing his child in a coma cause by a bully attack and cautions other parents to look for warning signs. He urges parents to “keep an eye out” and to understand that some children might be reluctant to discuss the issue.
Bullying has become an epidemic in the US. As reported by San Ramon Express, according to national statistics, 3 million students miss school every year due to bullying.